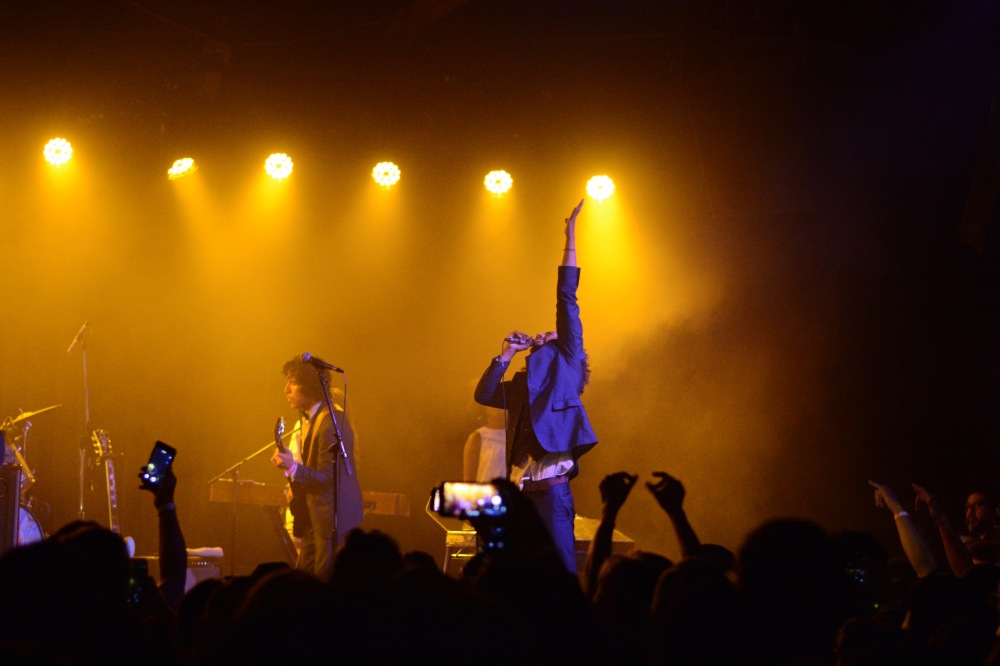 2017 was a mixed bag for most people. While political climates became more temperamental and natural disasters seemed relentless, I can’t help but acknowledge the beautiful things that happened this year. For me, that includes all of the wonderful music released in 2017. I’ll dive right in with the top albums of 2017.

10. ‘Keepers’ by Cataldo: Seattle band Cataldo has been a constant favorite of mine for

years. While the band’s line up changes from album to album, their quality music remains constant. Front man Eric Anderson orchestrates all of Cataldo’s music, chooses his bandmates from a hearty selection of friends and musicians and does it all with an understated coolness. Anderson’s latest vision comes in the form of ‘Keepers,’ released in late April. This quirky and sweet collection is a perfectly executed pop album with clever lyrics and saxophone solos that just won’t quit. Perfect for a day at the beach or a picnic with someone special, ‘Keepers’ easily melts hearts.

9. ‘Poor David’s Almanack’  by David Rawlings: Singer/songwriter, guitarist and record producer David Rawlings is permanently cemented in the roots of American music, and his 2017 release, ‘Poor David’s Almanack’ is another cornerstone in a long and fruitful career. Rawling’s genius is spread across 10 songs, some that seem well drawn out and others that feel more candid. With backing vocals from Gillian Welch and many others, this album reaches a full and robust sound with beautiful instrumentals.

8: ‘DAMN’ by Kendrick Lamar: Compton native Kendrick Lamar seems to have seamlessly found his place amongst some of the best rappers in history. Lamar does so not by imitating what’s already been done, but by finding his own sound and cadence. His voice, a slightly nasally exclamation, hides layers of emotion that hit hard verse after verse, leaving fans with nothing but the truth.

and soulful act. Their rhythmic music incorporates their ethnic heritage as well as a collage of sounds from the past and present. Their high energy performances earned them a spot in my heart early on, but with the 2017 release of ‘Freedom is Free,’ the band showed us they have so much more to say and do. With songs about police brutality and the cost of freedom, Chicano Batman gave us an honest, but still optimistic view of the world they see.

Essential tracks: “Freedom is Free” and “The Taker Story”

Essential Tracks: “Sit Next to Me” and “Shotgun”

from nowhere and everywhere at the same time. Korkejian took up the stage name Bedouine and sent her songs gallivanting across genres and time periods. Her self-titled album is at times a perfect homage to classic country, and then it becomes softer and more folk-like. It ebbs and flows with precise and delicate movements and brings out a sentiment of nostalgia and wanderlust.

Essential Tracks: “One of These Days” and “Solitary Daughter”

4. ‘Soul of a Woman’ by Sharon Jones: Sharon Jones unfortunately passed away Nov. 18, 2016. Before her death, she was able to record her final album, ‘Soul of a Woman.’ Unlike other artists who used their final projects as a lamentation of their final breathes, Jones collected every ounce of energy she had to produce a soulful, joyous and beautiful album. Her final release also cemented her role as a soul artist and the music she nurtured and invigorated for decades.

Essential Tracks: “Sail On” and “Searching for a New Day”

3. ‘American Dream’ by LCD Soundsystem: LCD Soundsystem fans received in 2017 the album they had been waiting for for seven years thanks to the genius of frontman James Murphy. The album is highly danceable, eclectic and communal. It shakes and jives with an unhinged unity that comes to feverish high points and melodic lows. It all comes together though, like a dream with many plot points.

2. ‘God’s Problem Child’ by Willie Nelson: It’s strange to think of Willie Nelson as an 84-year-old man. When I think of Nelson, I imagine a spritely and well-meaning person in his youth, one with stories and laughter and troubles. The years keep rolling, and Nelson, even at an age where most would slow down, still continues to tell us stories. ‘God’s Problem Child’ released in April is the seventy-second studio album for Nelson, and even after that many releases in his lifetime, he still captivates us with his prose and instrumental talent.

Essential Tracks: “A Woman’s Love” and “It Gets Easier”

1. ‘Ash’ by Ibeyi: In September, French-Afro-Cuban duo Ibeyi released their sophomore album ‘Ash,’ that quickly garnered praise from critics and fans. The young twins who front the band extended their psyche into this new album and spread messages of love, life and equality. Musically it is fun, harrowing, young and wise. Certain tracks play to sisters Lisa-Kainde and Naiomi’s young demeanor, while others showcase their astonishing maturity. The album converges over three languages and becomes a beautiful display of culture, womanhood and solidarity.

Essential Tracks: “No Man is Big Enough for My Arms” and “Transmission/Michaelion”

View all posts by pcsanchez7505